The Harmful Effects of Your Favourite Technology Explained

by Paul Shepherd
Success! Please check your inbox for a confirmation email.
By entering your email address you agree to get email updates from Paul Shepherd. I’ll respect your privacy and you can unsubscribe at any time.

People used to call me a “Gear Bandit” as I used to collect all the latest technology gadgets and in my early 20s even worked for a major Australian telecommunications company experimenting with the latest wireless technologies when the Palm PDA and Bluetooth first came out.  So yes I love technology! It has transformed my life in ways that I  could not imagine living without it.
From the simple things like having a phone in my pocket whilst travelling the world with GPS Maps, translators, currency converters and customer reviews, all the way to automating some of my repetitive daily tasks with tools like Zapier and IFTTT. Wifi enabled me to remove all the cluttered, and ugly wires from my house to have a more minimalist view of my surroundings, whilst things like smart watches and bluetooth earpods made every day activities much less tangled.

But with the increased amount of technology, I was also progressively feeling more tired as I got older. Doctors told me this was due to age in itself, and despite all the blood tests they could give me, I apparently had nothing wrong with me. I was a perfect specimen of health, except I didn’t feel energized like I did when I was 16 years old.

This got me thinking, wondering and searching for answers. Was it really just a process of aging? or was there something else that was making me feel “flat”.

Well, over the next decade, from 2007 to 2017 I started discovering some answers as part of a long journey, travelling the world, attending conferences, meeting people from all walks of life and literally stumbling onto evidence that the energy I was lacking was directly related to mitochondrial issues which was a direct result of modern living. Now if you are new to Mitochondria, then I suggest you head over to this post to learn more about it after watching the video on this page. Needless to say, I discovered that there was already a ton of research done on this over the previous 20 years or so, and the evidence was undeniable.

Fast forward a few years, and after having done lab tests and implemented mitigation strategies to reduce my exposure to the harmful effects of technology, I was able to restore a lot of my energy to when I was much younger. Damage to my mitochondria was a direct result of a number of factors, two of the most critical ones were Blue Light Toxicity and nnEMF.

The video below explains nnEMF in a little more detail.

Chronic fatigue up over 11,000% in just one generation. Autism over 2,000%, ADHD over 800%, diabetes, Alzheimer’s and depression around 300%. A modern-day plague? Scientists say so, but it’s not a deadly virus destroying our minds and bodies. This plague is caused by something we willingly allow into our homes every day. Actually wait in line to get, what is it? Electromagnetic fields, or EMF. More specifically Non-Native EMF or nnEMF. Everything from our cell phones to our computer monitors emit unnatural EMF. The Sun and earth emit EMF too, but natural EMF. Those are beneficial. Unnatural EMF however, from electronics are harming us. We’ve moved away from being outside in nature to indoors with electronics and it’s only getting worse. 5G and new wireless technologies may be catastrophic. Hundreds of published studies show a clear link between nnEMF and poor health or worse. 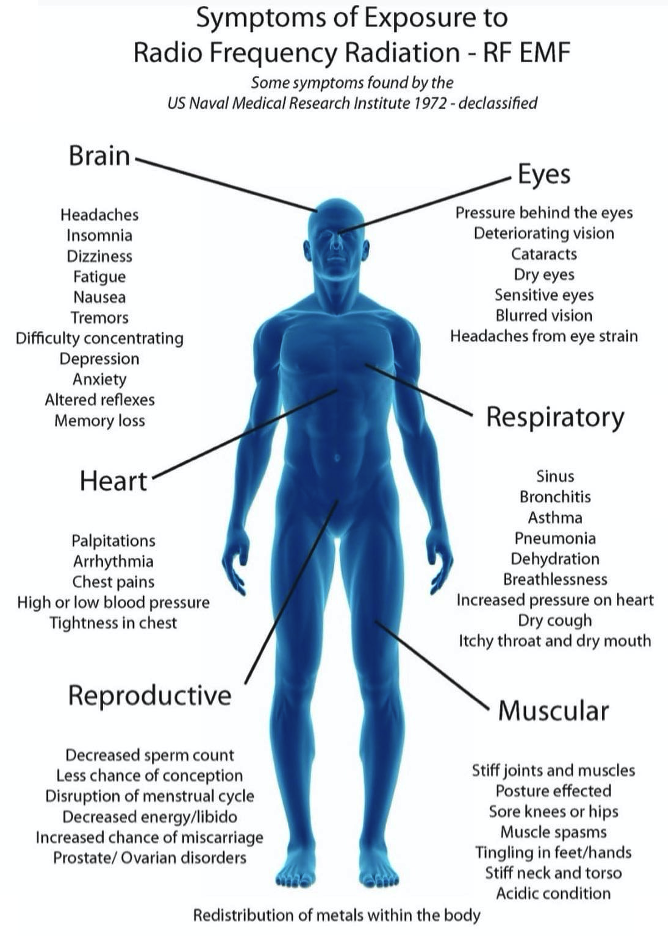 If you want to realize increased levels of energy, improved mitochondrial function and to look ad feel younger then you may consider subscribing to my blog at the top of this post.

You’ll be the first to find out about updates and new science on how to improve the quality of your health for increased energy, vitality and longevity. You’ll also learn how to adjust your lifestyle to reduce nnEMF exposure.